The Foundation of Trust and Transparency – Part 1

by Todd Johnson, President of Kollective Part 1 in a 3-part series 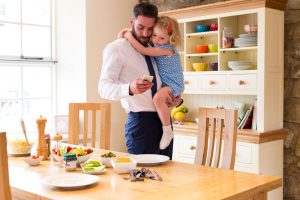 Recently I spoke at a conference for internal communicators, attended mostly by people with Head of Communications or Head of Employee Engagement – type titles. They ranged from individual contributors to SVP levels. My talk focused on how to use video effectively to drive better employee engagement and I presented alongside Dan Ginsburg, Executive Director of Corporate Communications at KPMG.

The talk was well received, but I got some interesting feedback that gave me cause for reflection. People essentially said: “Fine, I get it, video can really work if done well, but what type of content should we be producing? How do we build an ongoing program that is centered around topics that matter most to employees and moves the needle from an engagement standpoint?” In view of these comments, I decided to take some time to further develop the set of communications topics I have been writing and speaking about this past year, and on which I will continue to share my thoughts and observations in the future.

In this series, I identify and describe the essential categories of content that form the foundation for best practices in employee engagement; content that builds trust and positively influences company culture long-term. I hope you keep these ideas in mind as you build and fine-tune your own blueprint for internal communications success.

Start by finding every way possible to let the humanness and goodness of your top executive(s) shine through. In today’s world of compliance, legal reviews and over-produced content, this can be a challenge. As a communicator you need to help your executives speak from the heart.

Having them share snippets of their personal life that show they are just like everyone else in the organization can be a good start and also very powerful, such as:

These stories build a more grounded view of executives. The stories should not be contrived – they are not “photo opps” – rather, they are opportunities to show executives as normal people with common issues and daily struggles. Most importantly, these stories should not be told just once, but created and distributed in such a way that demonstrates an appropriate pattern of personal transparency.

It is also important to encourage executives to “walk-the-talk”. Making sure that they take time to meet employees in small groups or one-on-one is another way for them to show their approachable side. Capturing some of these moments can be really useful if they are used to promote ways that employees can join-in on the next “fireside chat”. Consistency is the key. No one thing will move the needle, but a concerted effort across multiple mediums will make a difference.

Every quarterly all-hands or annual company meeting contains some amount of focus on the numbers. The numbers are, and always will be, important. In fact, presenting what the numbers mean for the company as a whole, and how different roles and people contribute to them, is a great opportunity to create better financial understanding for all.

I remember a great example years ago when a company I worked for made a big acquisition. The move was surprisingly well-received by the stock market. The reason being, as a part of the announcement about the deal, the executive team committed to investors that by the end of the fiscal year the deal would not dilute the committed earnings for the acquirer.

Two weeks after the deal’s announcement, the CEO did an amazing job walking employees through what this meant. He was specific by:

Non-dilutive became a mantra for the company for the last seven months of the year. Everyone knew what it meant to their team and how important it was to the company. In the end, the goal was met, and employees celebrated a huge success knowing they made a difference. Transparency was key. The CEO went out on a limb to include the employees of both companies on the strategy for why the deal was done and what financial success looked like.

Transparency in decision-making is a foreign thought for many executive teams. I get the risks, but the benefits far outweigh the downside. Sharing how big decisions are made helps employees understand:

That is the definition of transparency.

I’ll never forget a situation that arose early in my career. Our team was set to launch a new product that would likely make up 30% of the next quarter’s revenue. Late in the manufacturing process, one of the chips came back dead on arrival. It was not a simple problem that could be fixed with a jumper wire, for example. It required a full re-spin of the chip.

We had time for one spin of the chip and one high-volume run of those chips. This meant we had to buy a big run of those chips to make our production requirements for the coming quarter’s revenue number. Essentially, a $1M bet that the chip would work after just one spin.

The Division GM rounded up the entire management team in one room and said these simple words, “We aren’t leaving until we have a unanimous decision on what we are going to do.” So, we had to decide between gambling that the re-spin would work and buy the first lot of product, knowing if it did not, we would miss the quarter for sure and flush $1M. Or, push out the launch, make the decision after the re-spin came back and take the hit to the quarter.

The meeting lasted 9 hours, with six large pizzas and lots of diet-coke. In the wee hours of the morning, the 13 management team members agreed to go ahead and take the risk. The next day we had an all-hands meeting and shared with the team our plans and how the decision was made. From there on, no “I told you so’s”, no second-guessing. We were in it together.

The re-spun chip came back and it worked well enough to launch the product. The following quarter was a huge success. That said, what I remember most was how we arrived at that decision. I have told the story 30 times since. It said so much about our leadership and our culture. The story became folklore and the last time I heard some else tell it, the meeting lasted 4 days …

Talk to an Expert today

Complete the form to learn more about how to optimize bandwidth across your enterprise workforce: